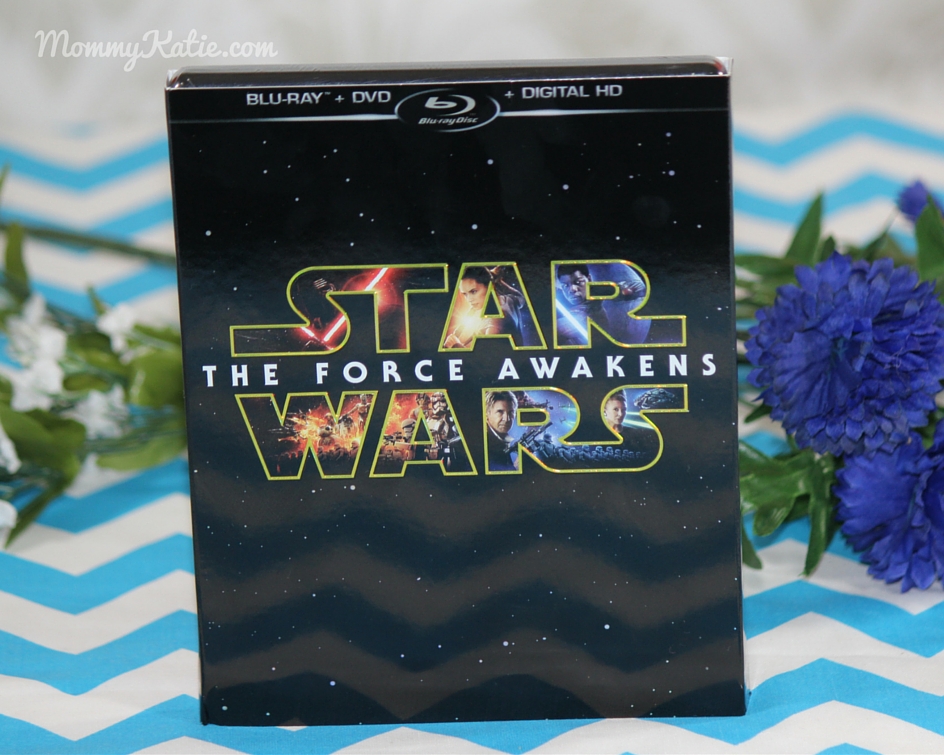 In this movie you are once again brought to a world unlike our own, one where there are numerous beings from all walks of life involved in a fight against good and bad, or as you find in the Star Wars movies, the Dark Side vs the Light Side. The fight is one with some of the old feel to it that keeps it in line with the other Star Wars movies, but in this movie you have a new band of characters who are in a fight for the dark side and the light side.

Along with the movie you can also watch the bonus features which include:

·
Secrets
of The Force Awakens: A Cinematic
Journey – For the first time, discover the complete story behind the making of The
Force Awakens, revealed through in-depth footage and exclusive
interviews with the actors and filmmakers in this feature
documentary.

·
The Story
Awakens: The Table Read – Cast members familiar and new reflect on the
memorable day they all first came together to read the movie’s script.

·
Building
BB-8 – See how the filmmakers brought the newest droid to the screen,
creating an instant fan favorite in the Star
Wars universe.

·
Crafting
Creatures – Watch movie magic as the filmmakers bring a cast
of new creatures to life.

·
Blueprint
of a Battle: The Snow Fight – Go deeper into the epic, climactic lightsaber
battle between Rey and Kylo Ren.

·
John
Williams: The Seventh Symphony – The legendary composer shares personal
insights of his work on Star Wars and
The Force Awakens.

ILM: The Visual Magic
of The Force – An insider’s look into the remarkable digital artistry
of the movie’s visual effects.

·
Force For
Change – Heroes come in all shapes and sizes. See how the Star Wars: Force for Change initiative has united Star Wars fans all over the globe to
help others.