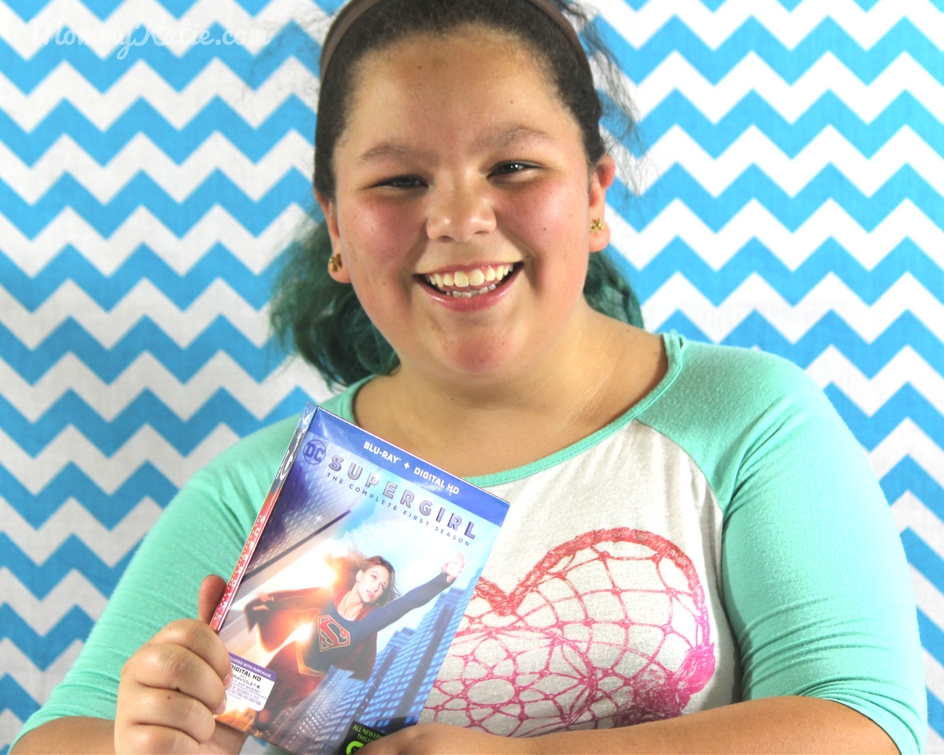 Finding those fun shows to watch during our family movie time is something that everyone in my home enjoys doing, and when it comes to the shows to watch, the kids like to share some of their faves with the entire family. So when we were sent Supergirl: The Complete First Season on Blu-Ray to review, Estrella was excited to check it out and share this series with the family and our readers! You can watch her review in the video below.

In this set you get 20 1 hours episodes which include:

·         The Man From Mars: Superman once described J’onn J’onzz as “the most powerful being on the face of the Earth.” This documentary will explore J’onn J’onzz’s current circumstances on Supergirl as the alien who swore an oath to a dying father to protect his daughters.

·         A World Left Behind: Krypton: Kara Zor-El’s home planet of Krypton was destroyed in the opening minutes of the pilot. It was a spectacular, futuristic society filled with mystery and intrigue! This documentary will explore the history of this famous planet and its role and depiction in Supergirl.

This series is sure to make for a great addition to our family movie night and you can enjoy it as well when you head out today to get copy today!

Product received, thank you to Warner Bros. as well as the PR for supplying me with a product for this review, all opinions are my own.