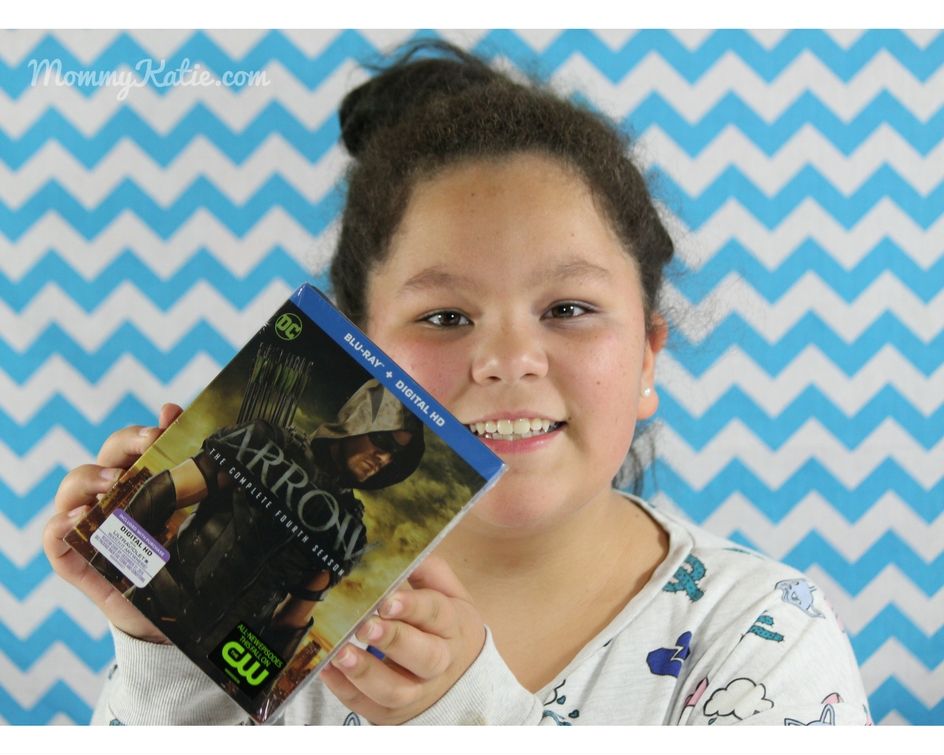 Finding those shows that we enjoy during our family movie nights is something that we look forward to in my home. And one show that we have enjoyed watching is Arrow, so when we were sent the complete fourth season on Blu-Ray to review, we were excited to check it out and share it! You can watch Estrella’s review on Arrow: The Complete Fourth Season in the video review below.

In the fourth season you find Arrow or Oliver Queen, taking up in the romance with Felicity. The two leave Star City in hopes to start a whole new life. Unfortunately it is not as easily done as he had hoped, and he finds himself torn between being Oliver Queen and the Arrow. This is a decision that not only effects Oliver but also the rest of the team that he has worked with. Along with these life changing decisions resting on his shoulders that would change everything for him and his friends, he also finds that him leaving the scene leaves others vulnerable to the League of Assassins. You can find out what he chooses and how it will all pan out when you head out today to get your copy of Arrow: The Complete Fourth Season!

Product received, thank you to Warner Bros Home Entertainment as well as the PR for supplying me with a product for this review, all opinions are my own.