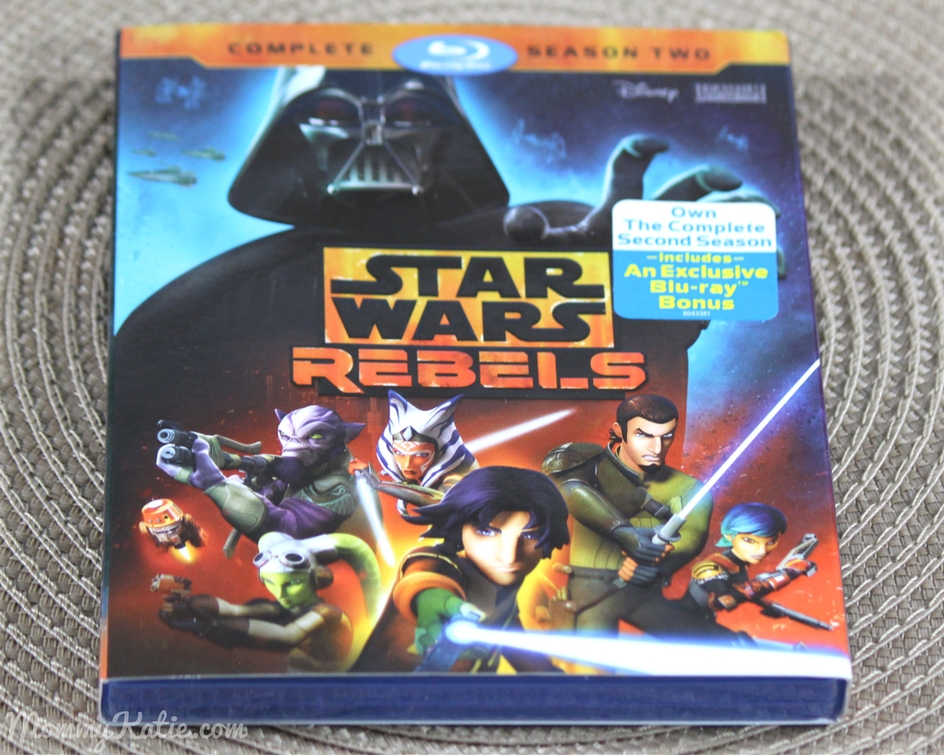 When it comes to the shows my kids enjoy watching, I find that when it comes to the shows that my eldest son enjoys, if it has to do with space, dinosaurs or cowboys he is all in. And naturally, since he is a Star Wars fan, Star Wars Rebels is a favorite series of his. So when we were sent the Star Wars Rebels Season 2 on Blu-Ray to review, my son was excited to check it out and add it to our family movie night!

In this Blu-Ray you get 22 action packed episodes that are great for any Star Wars Rebels fan out there! The rebels are forced to find new allies and resources so they can continue to fight against the Empire. You get alliances that band together to try and restore peace and freedom to the galaxy, and with the bonus features, you get more than just the episodes!

·      From Apprentice to Adversary: Vader vs. Ahsoka (Exclusive to Blu-ray) – Executive Producer Dave Filoni reflects on the climactic ending of the season, when Ahsoka Tano finally confronts Darth Vader in a long-awaited, fierce and epic lightsaber battle.

Product received, thank you to Disney as well as the PR for supplying me with a product for this review, all opinions are my own.