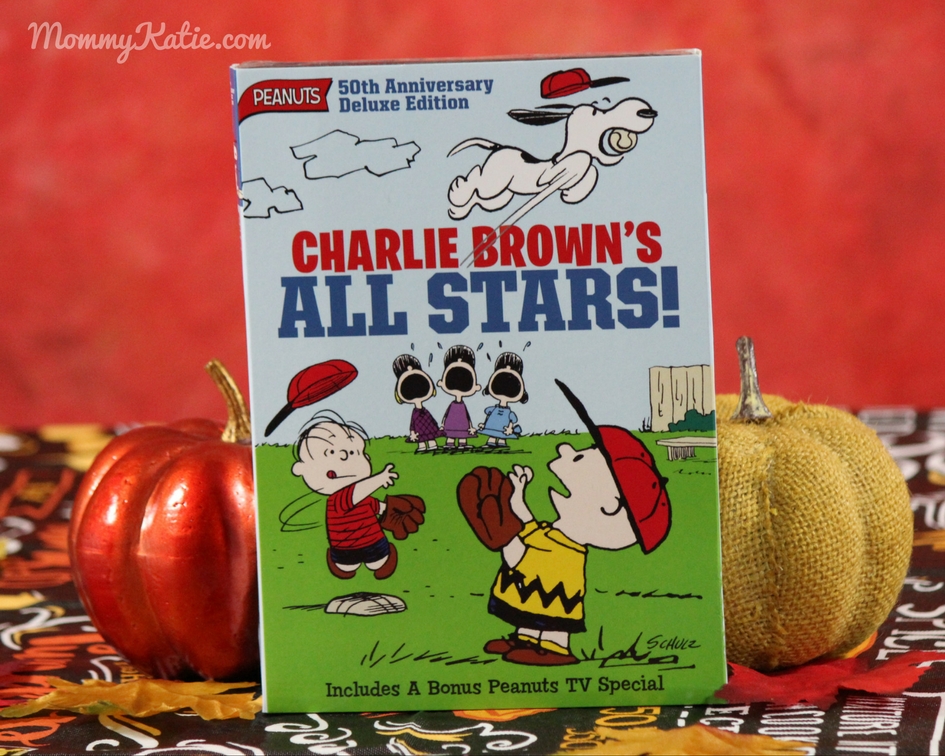 Family movie time is a time that we look forward to in my house and when it comes to finding the movies and shows that we enjoy sharing, we all like to contribute a little something to the line up. For me, I enjoy finding and sharing new movies as well as some of the classics that I enjoyed watching when I was a kid. And one show that I grew up with and have fond memories of watching with my dad is Charlie Brown. So when we were sent Charlie Brown’s All Stars 50th Anniversary Deluxe Edition on DVD to review, I was excited to check it out and share it with my kids!

This DVD is perfect for adding to that World Series line up for the kids! It celebrates the 50th Anniversary of that much loved TV special, Charlie Brown’s All Stars. You get that beloved Charlie Brown, as he tries to bring his baseball team to All Star victory. He is a kid who does not give up, even after his team blames him for everything. Charlie Brown tries everything to get his team into the winners circle by boosting moral when he gets uniforms for his team, and having his team join a league.

Charlie Brown finds that even when things might be going great that not everything is going as he wanted, especially when he is told that his friends that are girls and dogs can not play in the league. He tries to do what is best for his team but is criticized for being a bad manager by his teammates. I have found this DVD to be one that is great for adding to family movie night and that is also one that gives me a sense of nostalgia when I share it with my kids! Making Charlie Brown’s All Stars 50th Anniversary Deluxe Edition on DVD, a great DVD to head out and bring home to share with your family today!


Product received, thank you to Warner Bros Home Entertainment as well as the PR for supplying me with a product for this review, all opinions are my own.