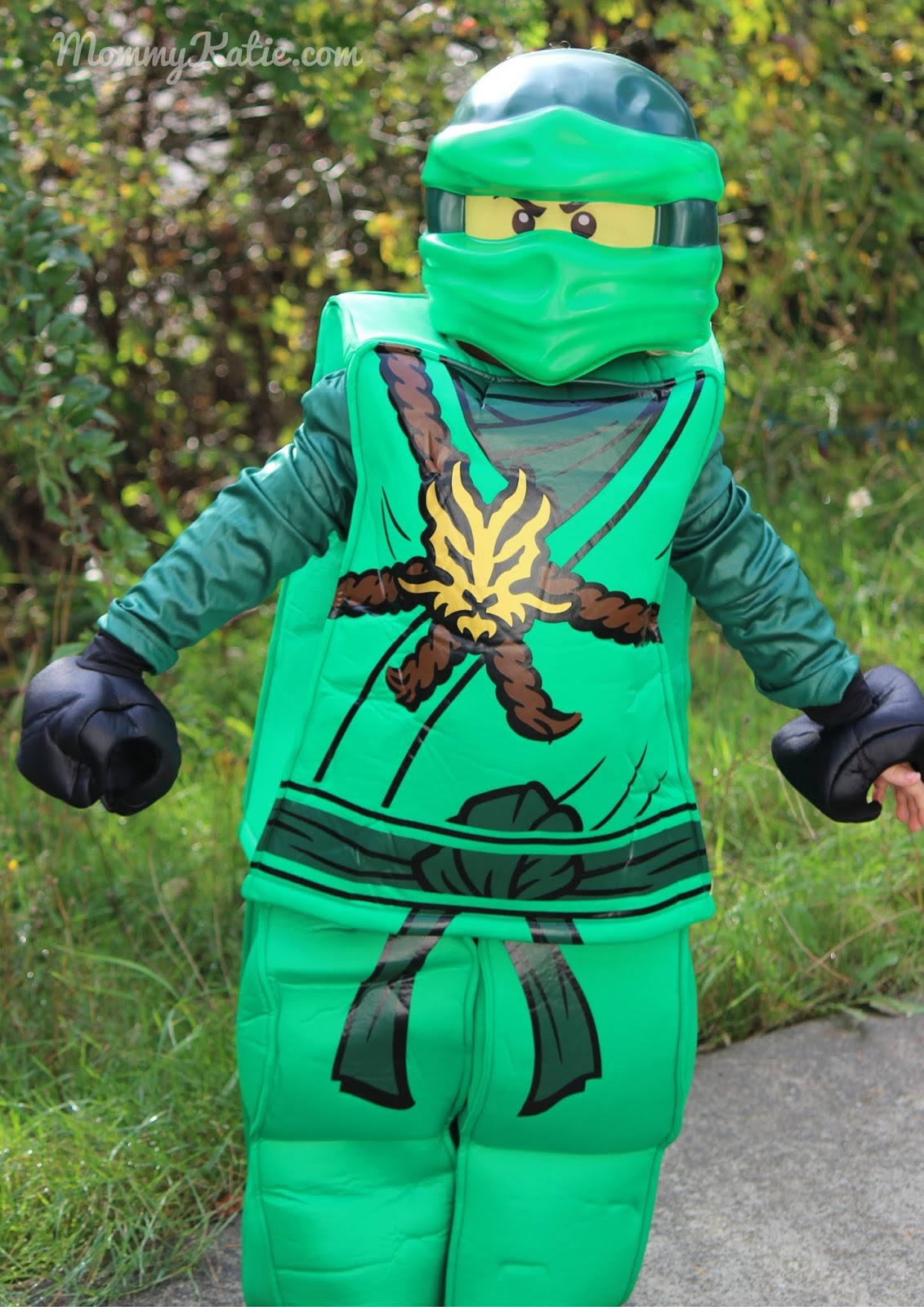 When it comes to finding those costumes that the kids want this Halloween, I find that seeking out the ones that resemble some of their favorite characters is a great place to start. Like many kids who love LEGO®, I find that certain series such as the LEGO® NINJAGO® series of toys and shows is a favorite in my home. So when we were sent a LEGO® NINJAGO® Green Ninja costume to review from the selection of costumes available at Disguise Costumes, I was excited to share it with my little guy and my readers.

The first thing that caught our eyes was the package that arrived on our porch. My little guy was so excited to see a large LEGO® Brick looking box on the porch, knowing that it had to be something for him. After opening the box from Disguise Costumes, we then found another box that had his LEGO® NINJAGO® Green Ninja costume inside of it, ready for him to put on. After taking it out of the box, it was ready to be put on, and my son was more than excited to put it on and play like he was a part of LEGO® NINJAGO®!

I found this costume to be great for not only wearing to those Halloween parties this year but for also having it in our dress up trunk for when my son and his friends want to dress as the green ninja! It has the mini figure pants, top, a mask and fun gloves that give little ones that LEGO® look! Along with having the Lloyd Prestige LEGO® NINJAGO® over at Disguise Costumes, we also found other characters to choose from, allowing us to have a few on hand for when my son and his friends want to get dressed up as their favorite LEGO® NINJAGO® characters! Making Disguise Costumes a great choice to go with when you are seeking fun themed costumes to wear for Halloween this year!

Product received, thank you to Disguise Costumes and the PR for supplying me with a product for this review, all opinions are my own.