This post was sponsored by AstraZeneca as part of an Influencer Activation for Influence Central and all opinions expressed in my post are my own.

The month of October is upon us and in full swing, and aside from parents preparing for Halloween with their little ones, it is also National RSV Awareness Month. As parents, we find that when we prepare for the colder months ahead, that we seek out the clothing for our babies that will help to keep them warm, change out the filters in our heaters so that the air we are breathing while the heaters are going is cleaner, and brace ourselves for the cold and flu season. The thing is, when it comes to the colds and flu that can go around when you have a infant in the home, we also have to prepare for RSV. RSV is something that we as parents have to watch for because with babies, their lungs and airways are very small compared to older children and adults for that matter, and when they become irritated, it can turn dangerous very quickly. So as we prepare our homes and wardrobes for the colder weather, we can also prepare to help protect the little lungs in our homes from RSV by knowing the signs and also following the tips below.

RSV is the biggest threat that affects infants during the colder months, and it is something that is not only scary knowing that it can be deadly, but a virus that is more common than many might think. I know because with my own babies, we have had RSV cause a scare, and that is something that I think about as we raise awareness for National RSV Awareness Month. For me, when my little guy got RSV and ended up in the hospital due to breathing issues and dehydration, it was something that I did not expect because it all started with what appeared to be a cold that went around my home and turned into a severe case of RSV for my baby.

With RSV, many babies who get it, typically get it between the months of November and March and during these months we find that RSV is the leading cause of hospitalizations with babies. See, in the US, nearly all babies between the ages of newborn to age 2 will contract RSV, but it is the severity of this virus that can mean whether or not a baby will be needing medical intervention. Like when my baby first got RSV, we were given instructions along with some home breathing treatments to help combat the virus since there is no specific treatment. It was not until about a week later that the virus did not only not go away, but got to the point where the home breathing treatments were no longer effective, which lead to our pediatricians decision to have our baby hospitalized for RSV. 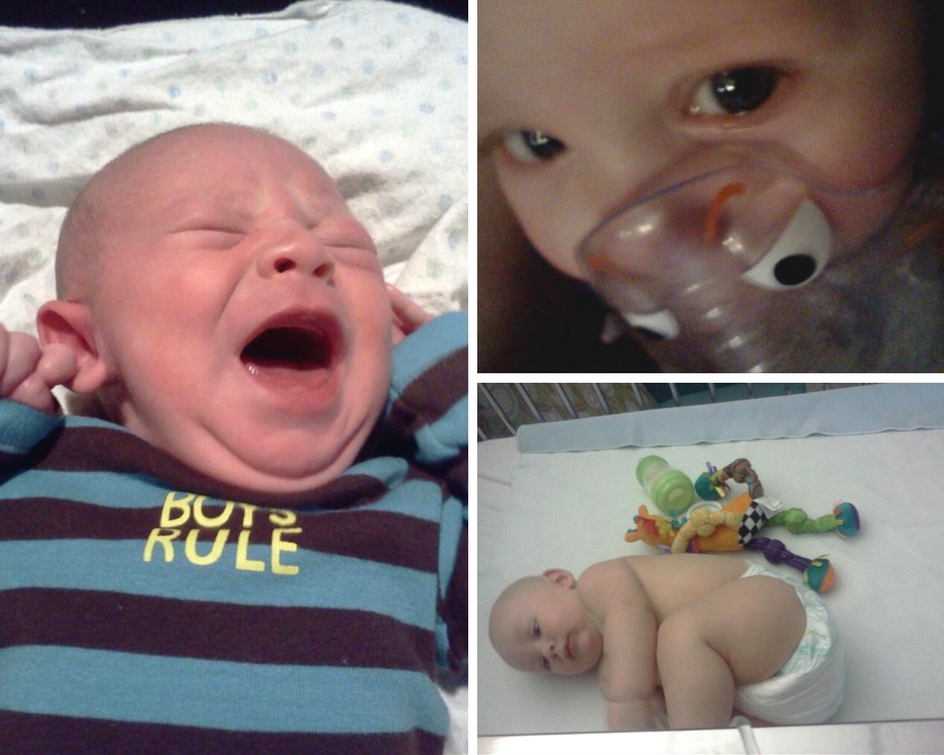 Like many who have babies who are not premature, we thought we would be out of the woods when it came to the severity of RSV, but we were wrong. We found that even after taking precautions, with having our kids wash their hands, cleaning the toys and such, that RSV can still occur. We also learned from our pediatrician that even with the precautions that we took in the home, our baby could have gotten RSV by simply going in public places like the store, going to a friends house, or from being on the floor where the virus can easily be tracked in on our shoes. Making us realize that RSV is more common than we had thought and also making us more aware of the precautions that parents and caregivers should take during RSV season.

So if you are a parent or caregiver of a baby between the ages of newborn and 2, be sure to prepare your home and family for RSV season now. You can find the info you might need from the infographic above as well as get more info and facts on RSV from the RSV Protection site.