This post was sponsored through a campaign with Amazon Studios and all opinions expressed in my post are my own. 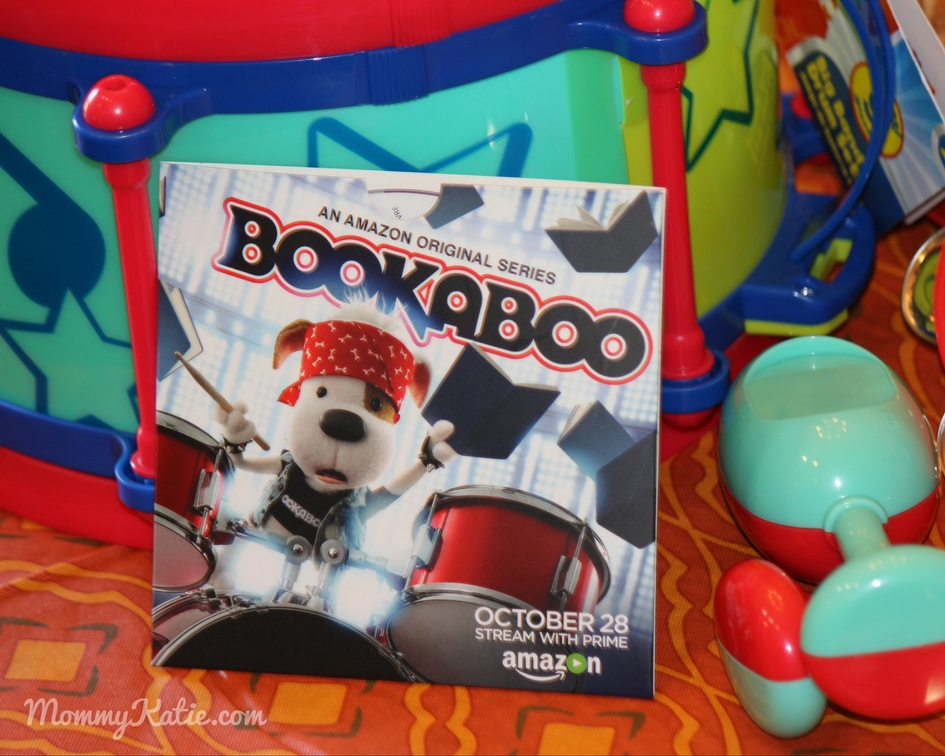 With my older kids in school, I find that I enjoy seeking out activities and shows to share with my preschooler with both him and his friends during the day. During the day, we like our play dates with his friends, and with the weather the way it is up here in the PNW, we find that more times than not, those play dates are times where we gather at one anothers homes to enjoy our days with the kids. We have found that one way to make those play dates a lot of fun is by finding shows that we can stream on our TV and connected devices for the kids to watch and play along with. So when we were introduced to BookaBoo, a new show coming to Amazon Prime this Friday October 28th, we were not only excited to check it out, but also make a party of it! 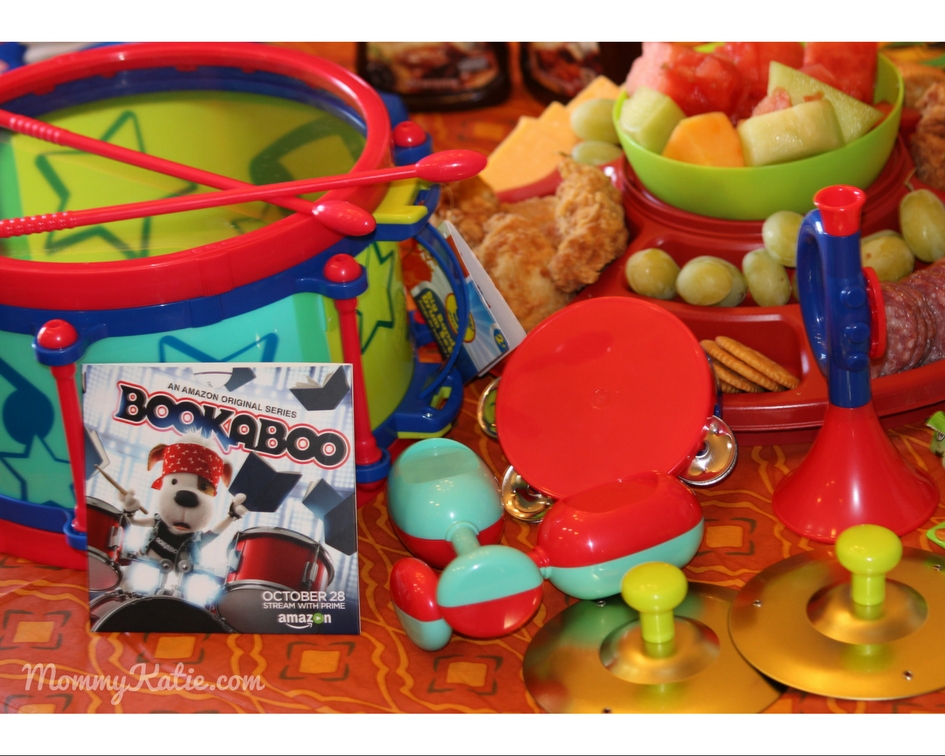 When it came to creating a great BookaBoo viewing party for preschoolers, we found that making a fun finger foods buffet with some chicken nuggets, fruit, sausage, cheese, crackers, lemonade and chocolate milk was perfect for our little ones. The buffet was great for letting the kids eat, so they could each get something they liked. We were also sent a set of fun instruments to add to our party, which allowed our little ones to perform for us before, during and after we put on the show. We chose to have our party in the afternoon around lunch time, so the kids could eat and play, then wind down while the show was on. And once everyone seemed to be filled up on lunch, we decided it was time to gather in the living room and begin watching the much anticipated new show, BookaBoo! 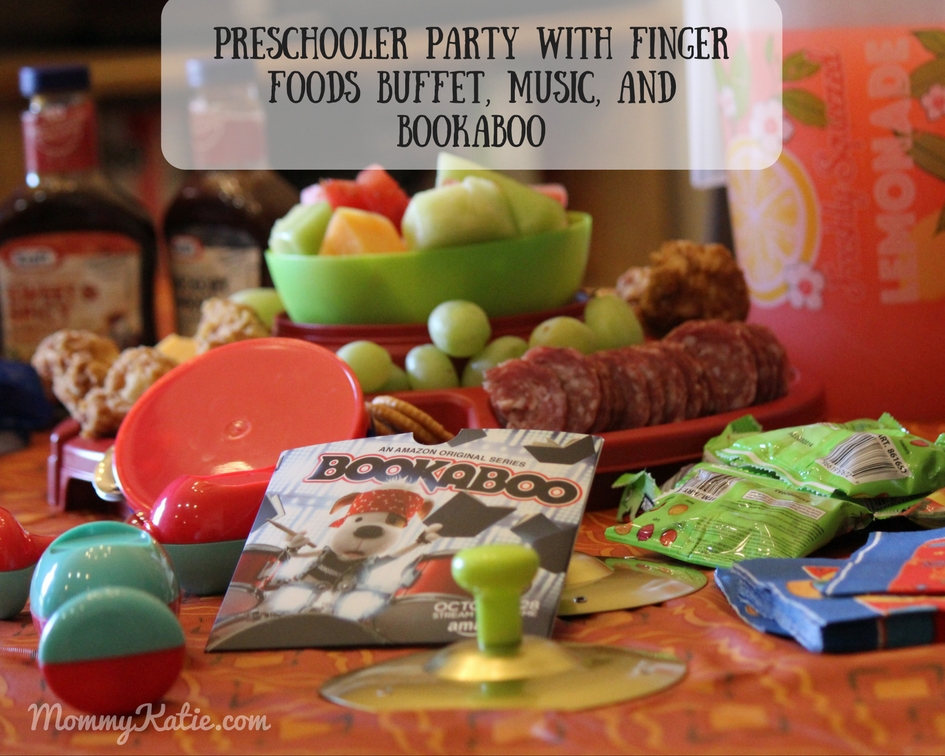 In this new series, you find a very talented pup named BookaBoo, who loves to play music with his friends. BookaBoo plays the drums, and along with his love for music, he also has a deep passion for books. 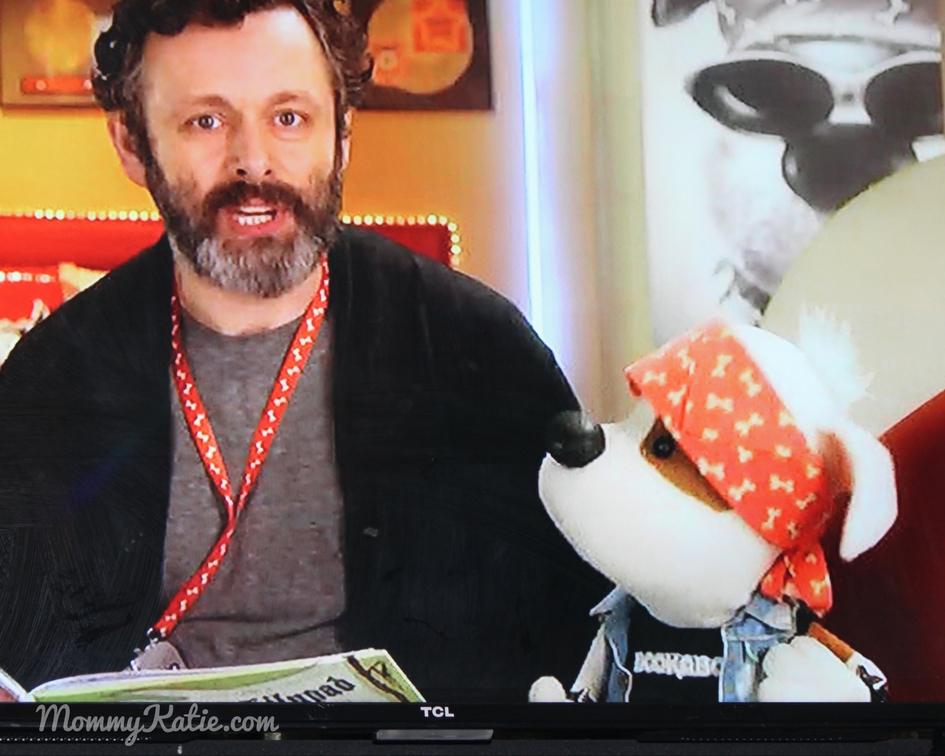 Like many artists and musicians, BookaBoo is a world famous drummer who is driven by his passion, which happens to be for books, and he finds that in order to be able to go on the stage and perform for his fans, he needs to read a book everyday. So before heading to the stage, BookaBoo seeks out some of his friends, who also happen to be celebrities, to read some great picture books to him backstage. The friends that he seeks out are ones that we might find to be quite familiar, and include celebrities like Paula Abdul, Adam Copeland and many more, who are more than happy to help BookaBoo by reading the story books that he comes across. 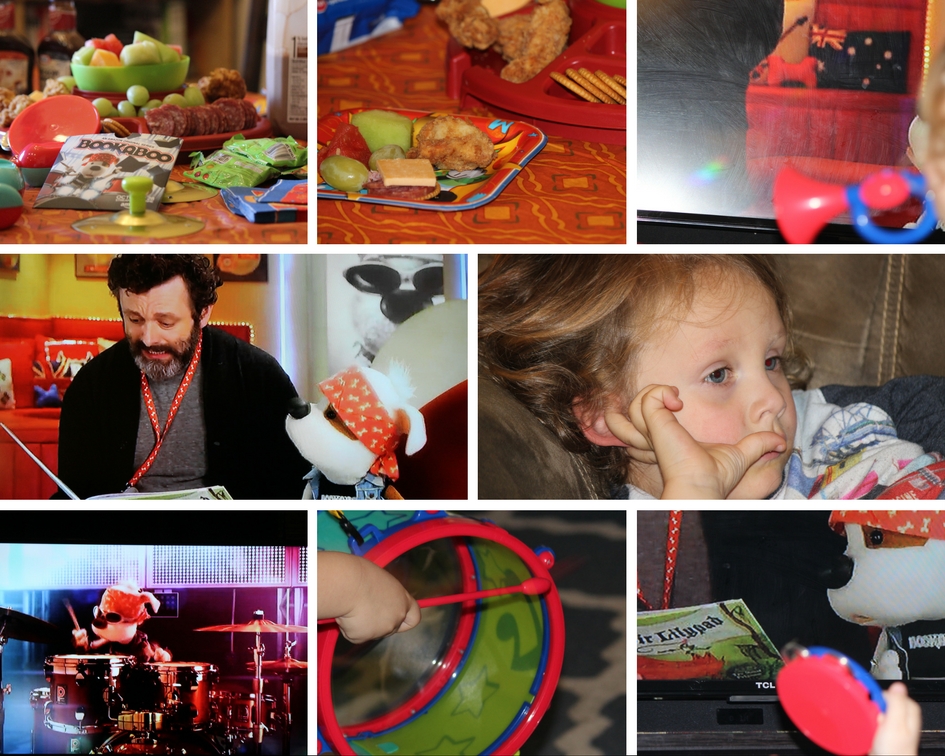 The kids really seemed to really enjoy the show. They were captivated by the stories when BookaBoo listened along as one of his friends read to him. As parents, we found that the reading together aspect is something that was not only something that the kids enjoyed following along with, but was also something that they were able to relate to when it comes to reading time in our homes. The kids also liked getting up to dance and play music as BookaBoo and his friends got on the stage to perform! Which in all, makes the new show, BookaBoo, a must watch in any home with preschoolers!

So gather some friends, and have a viewing party of your own when you stream the new show BookaBoo this Friday, August 28th on Amazon Prime!