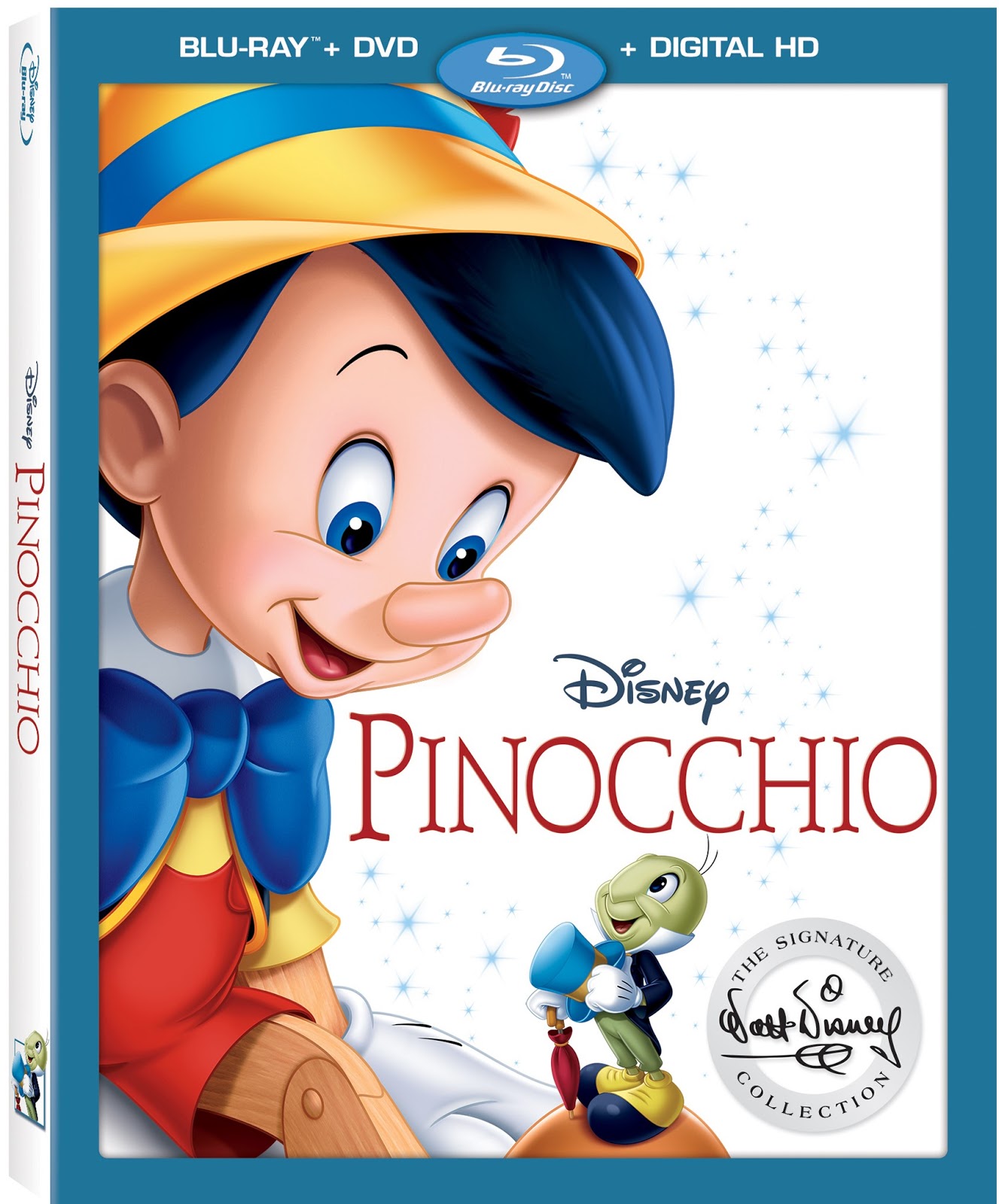 In my home, we look forward to those family movie nights each week. We find it a time to wind down, relax and enjoy some of those movies and shows, both the new and the old, that we can enjoy watching together. Well like many, I grew up with those Disney movies being a favorite collection to watch with my parents when I was little. And as those older movies are released in the new Signature Collection, I not only enjoy collecting them but also sharing those classics I enjoyed as a child with my own kids. So when we were sent Disney’s Pinocchio Collection on Blu-Ray to review, we were excited to add it to our collection and also share it on our family movie night.

With the movie Pinocchio, we get a classic that was considered to be one of the greatest animated films ever made. Pinocchio has won 2 academy awards, and like many, when the song “When You Wish Upon A Star” plays, my kids and I not only know it by heart, but enjoy singing along to that iconic song that is one with the best original score! Then when it comes to the story, I enjoy sharing that classic tale of the wood carver who longs for a child of his own, to create a puppet that he calls Pinocchio. The wood carver makes a wish, which makes this movie one that is magical as the good fairy comes in and makes the old wood carver’s dreams come true!

Along with the movie, you get some great bonus features which include the following:

·              Walt’s Story Meetings: Pleasure Island – The Pleasure Island scene in “Pinocchio” had much more development than what is seen in the film. Join Pixar’s Pete Docter and Disney historian and author J.B. Kaufman as they explore artwork recently discovered in Disney’s animation research library revealing some of the attractions, gags and games, which Disney animators created for this iconic location of the film, that never made it on screen.

·              In Walt’s Words – “Pinocchio” – Hear Walt himself discuss the making of “Pinocchio” through archival recordings and interviews.

·              Classic Bonus Features – These offerings from prior home entertainment releases include hours of bonus material, such as the making of “Pinocchio,” deleted scenes, sing-alongs, storyboards and theatrical trailers.

Product received, thank you to Disney Home Movies as well as the PR for supplying me with a product for this review, all opinions are my own.