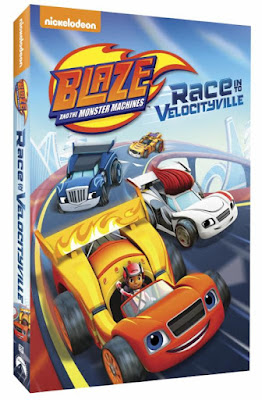 When it comes to our family movie nights and also those rainy days where we are stuck indoors, I find that seeking out both those new movies along with the shows that my kids and I enjoy watching make for a great addition to both! Like many kids out there, my preschooler enjoys watching some of those shows on Nickelodeon and one that he and his older brother like watching together is Blaze and the Monster Machines. So when we were sent the Blaze and the Monster Machines: Race Into VelocityVille on DVD, which will be available to bring home on February 14th, we were excited to check it out and add it to our list of family movie night and rainy day favorites!

On this DVD you get the following episodes which include:

Then when it comes to making the adding of the Nickelodeon favorites to our collection of movies and shows, we also found out that a couple of other shows we enjoy will be available in gift packs on February 28th. 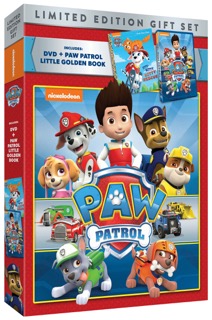 These titles include Blaze and The Monster Machines: Blaze of Glory and Paw Patrol Gift Set! Which not only make for great additions to family collections but also a great gift to put in those Easter baskets this coming Easter. 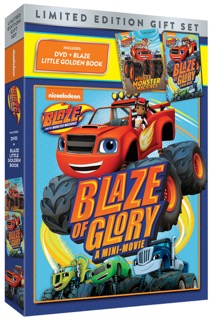 And to help with making those family movie times and rainy days more fun in your home, the wonderful people from Nickelodeon Home Entertainment would like to give one of my readers an amazing prize pack which will include the gift sets along with the new Blaze and the Monster Machines: Race Into VelocityVille on DVD!!!!!

Product received, thank you to Nickelodeon Home Entertainment  as well as the PR for supplying me with a product for this review, all opinions are my own.