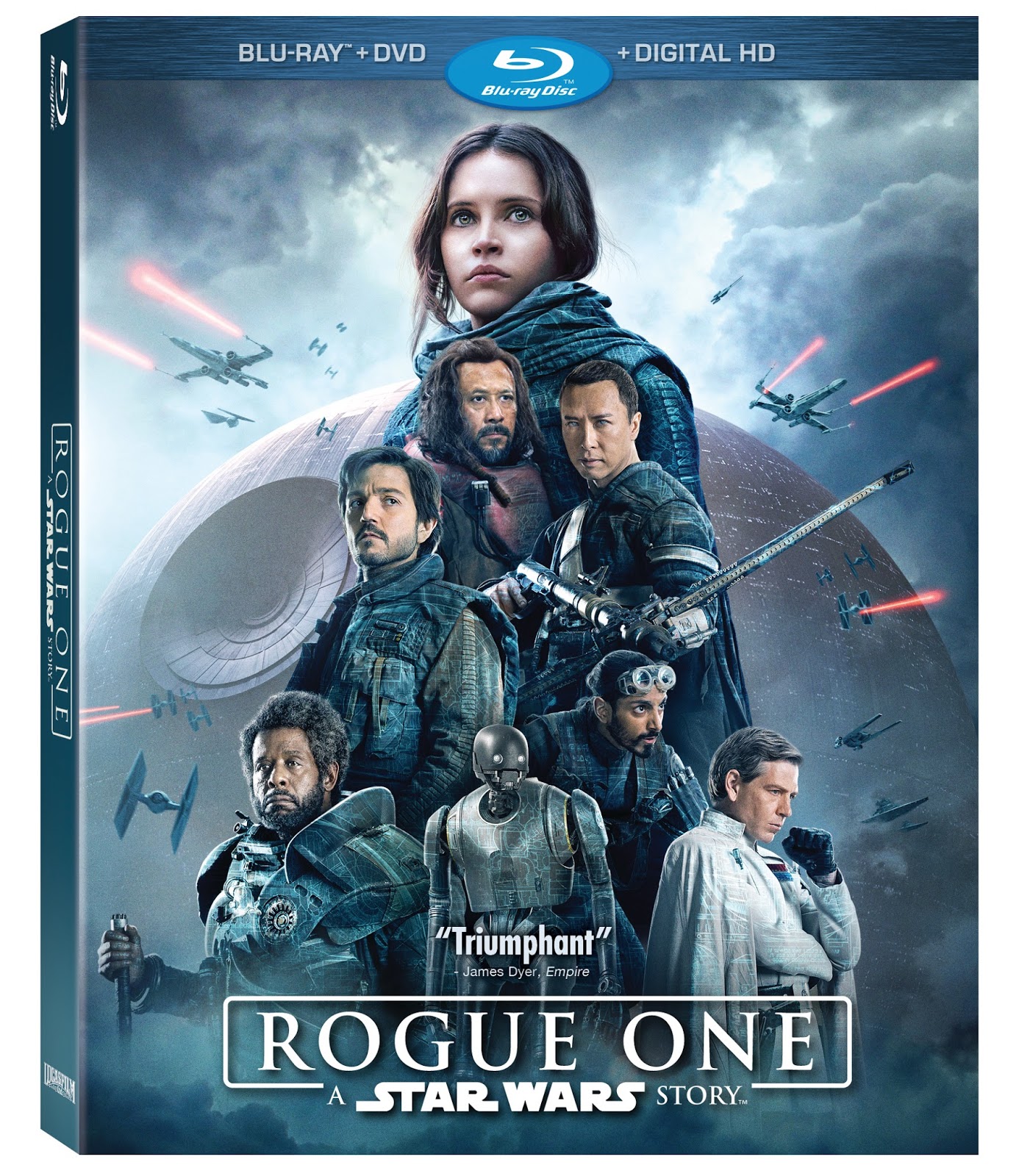 Like so many who have followed along over the years, and have anticipated each release, we find that just like previous releases, we were very excited for the newest edition to the Star Wars saga to be available to bring home. We went to the theater to see Rogue One: A Star Wars Story on the big screen, then after seeing it in the theater, we counted down the days for the release to home video. So when we were sent a copy of Rogue One: A Star Wars Story on Blu-Ray to review, we were excited to not only watch the movie over and over again from home, but also watch all of the amazing bonus features as well.

In this movie you get a few of the old characters that we can remember from previous movies in the Star Wars series, along with new ones, and a story that helps to bring other aspects from the series of movies into a better perspective. Just as in previous movies, the people are in a time of conflict where a group of unlikely heroes come together to make things right, even if it might cost them their lives, knowing what they must do in order to give others hope. In doing so, they not only become heroes to the people, but legends in a way for taking things that they know they must take on, into their own hands and paving the way for others. Along with the movie itself, we also found the bonus features to be very enjoyable as well.

Which in all made the adding of Rogue One: A Star Wars Story on Blu-Ray, a great addition to our family movie night and a great choice to go with for any Star Wars fan when seeking those Easter Basket gifts to give this year!