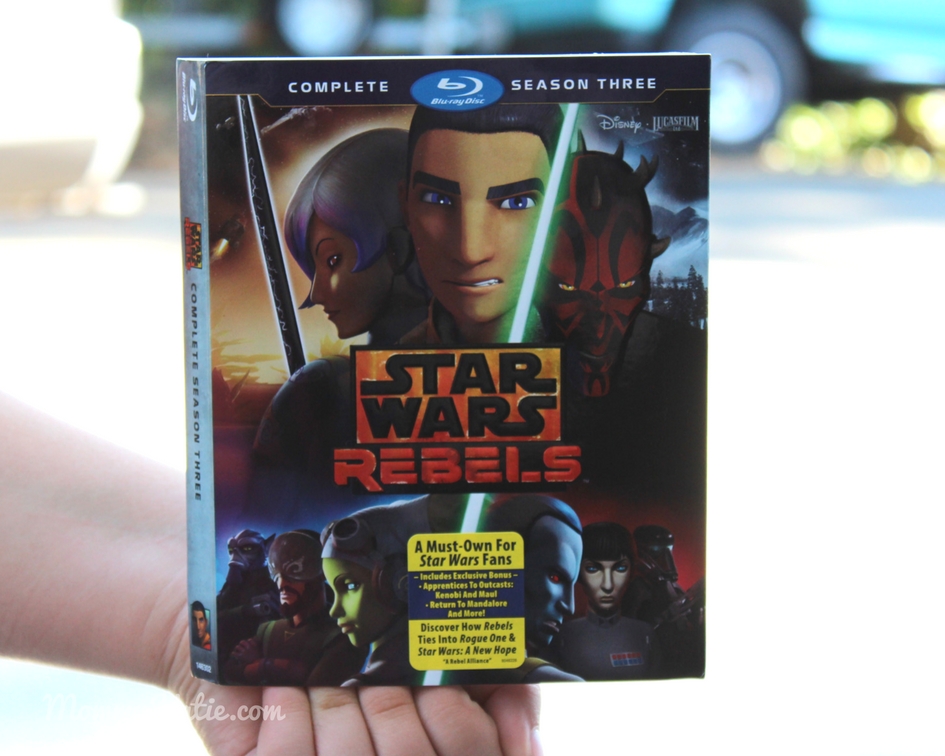 When it comes to family movie night and seeking out what we will watch together, I find that allowing everyone a chance to share what they like and want to see makes our family movie nights a fun night that everyone looks forward to. I also find that when we have a selection to choose from, that we get a chance to watch a variety of both movies and shows. So when we were sent the Star Wars Rebels: Season 3 on Blu-Ray to review, I knew that my son would not only enjoy watching it over and over again as well as have fun sharing it as his pick for our family movie night!

In Star Wars Rebels Season 3, you get 22 episodes that are action packed and follow the story from season 2. Where you have the established Ghost Crew on Atollon, and where the Rebels have a stronger leader who is building a bigger and stronger group to help when they stand against the Empire. The Rebels might be a fierce force but they find that their skills are tested as they find that the new Grand Admiral wants to take out the Rebellion and is one who is a threat like none they have seen. Along with the 22 episodes we also got some great bonus features as well. Making the Star Wars Rebels: Season 3 on Blu-Ray a great choice to go with to add to any Star Wars Rebels fan’s collection and also a great choice to add to your next family movie night!