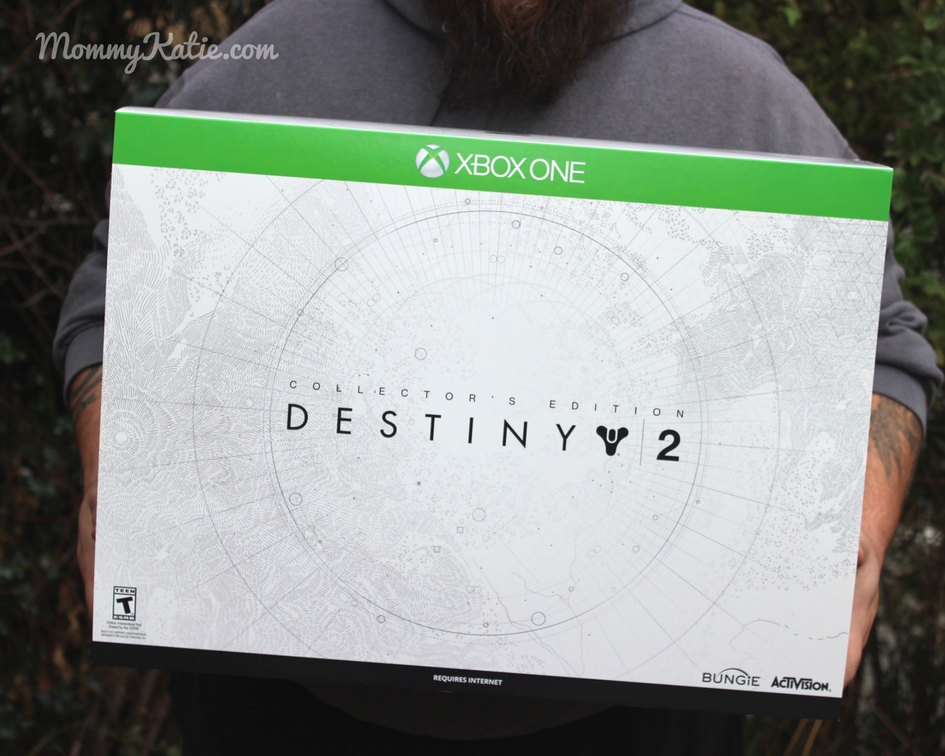 When it comes to gaming and finding the latest and greatest for my husband and his friends to enjoy, I like to seek out the ones that offer adventure. And like many gamers, who enjoy the game play that they got with the game of Destiny, my husband had been anticipating the release of the new game that is now available for console play, Destiny 2! So when we were sent the Destiny 2 Collector’s Edition for XBOX ONE to review, I was very excited to share it with my husband and he was excited to check out what was all included in this limited edition collectors pack! 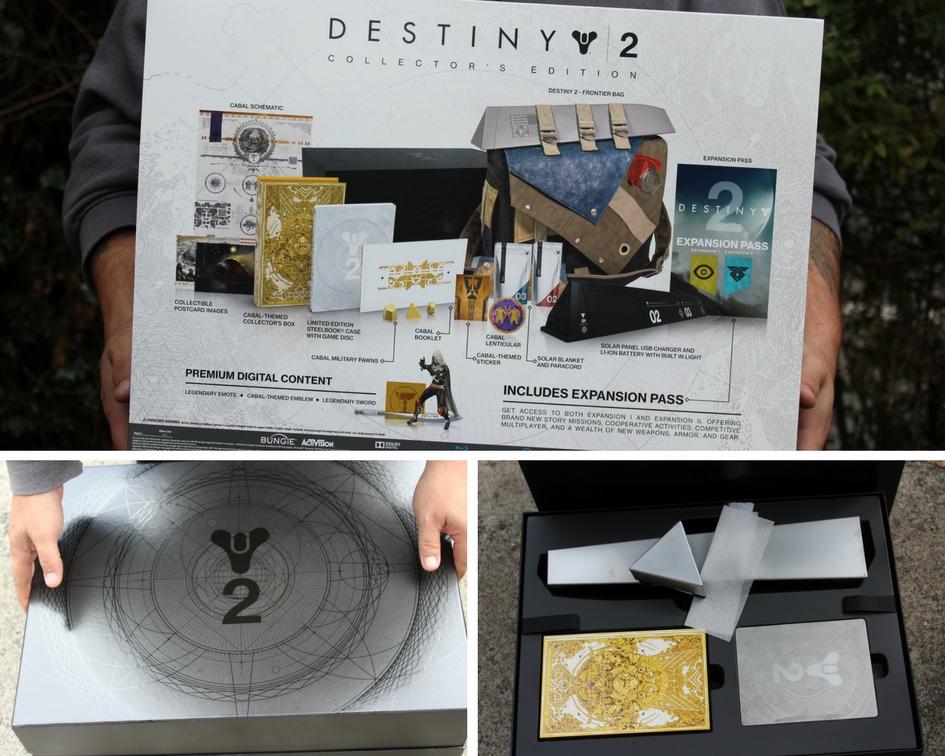 The packaging comes ready to be gifted for Destiny fans. Once opened, we found the box was filled with a great selection of Destiny 2 exclusives that are the perfect selection of must have collectible gear. This includes some very cool gear along with the Destiny 2 Game for the XBOX ONE and extras that can be used within the game. 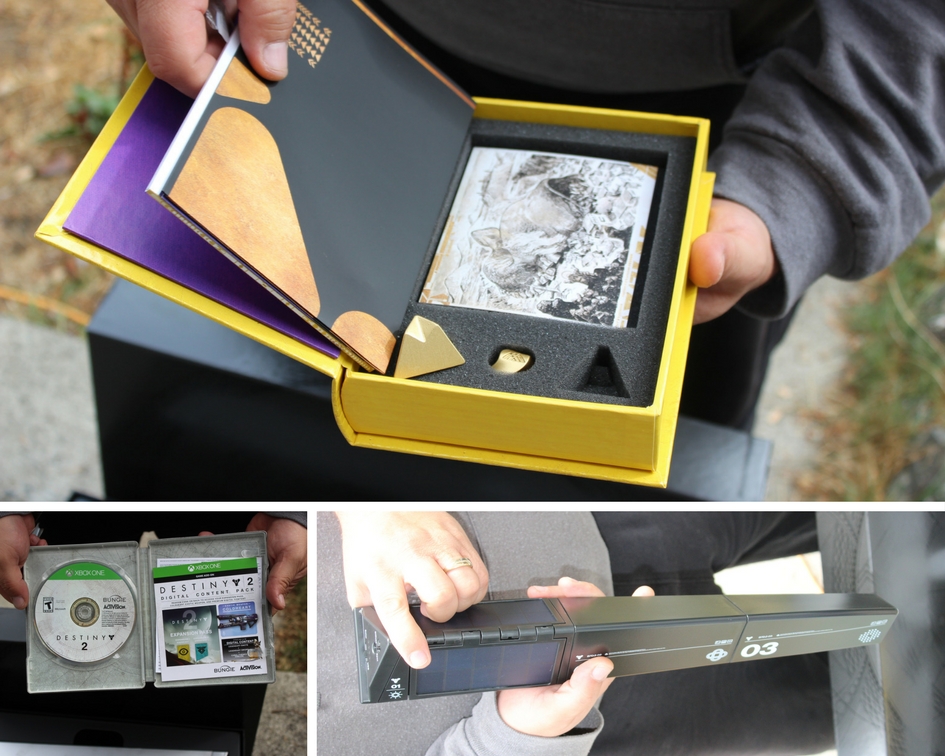 The items in the Destiny 2 Collector’s Edition set for the XBOX ONE comes with the following collectibles and gaming products: 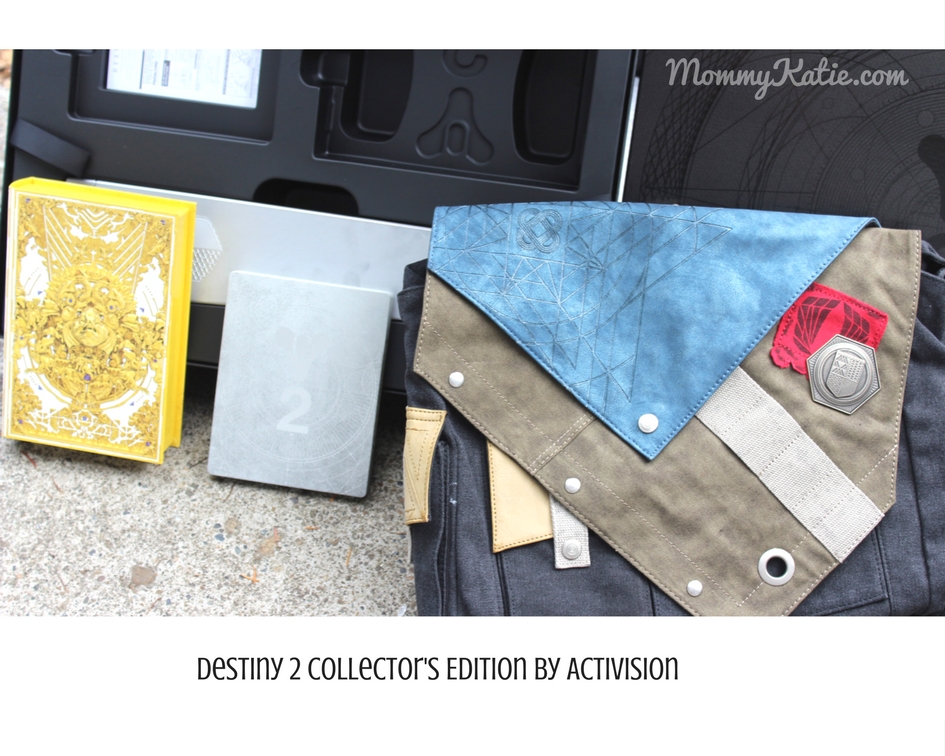 Then when it comes to the game of Destiny 2, it takes players on a epic journey to help keep humanity from being annihilated. Players create their “Guardian” avatars then embark on a adventure that takes them across the universe as they fight battles alongside those who have been devoted to the universe since the beginning! Players find that the last city on Earth which offered a safe haven has fallen, and now taken over by new occupants who are part of a very powerful army of enemies. And as players gain and master new abilities and weapons they acquire, they find that must help to reunite forces in the city so together they can fight back and take back their home! We found both Destiny 2 the game along with this amazing Destiny 2 Collector’s Edition for the XBOX ONE to be the perfect gift to get any gamer who is a Destiny fan and find that it will make for the perfect gift to give this coming holiday season!


Product received, thank you to Activision as well as the PR for supplying me with a product for this review, all opinions are my own.