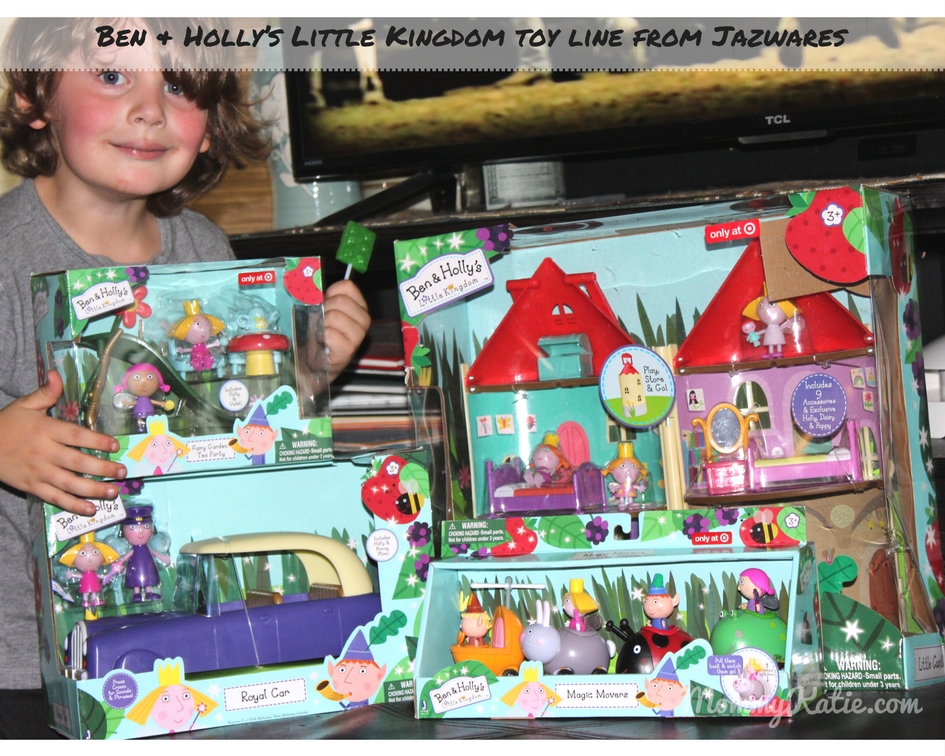 When it comes to playtime and my preschooler, I have found that he enjoys a lot of the toys that incorporate the characters from some of his favorite shows. I have learned that by adding some of his favorite characters to his toy line up, they help to bring his and his friends imaginations to life! And like many kids his age, he likes to tune into Nick Jr and watch that magical show, Ben & Holly’s Little Kingdom. So when we were sent the collection of toys that are available for Ben & Holly’s Little Kingdom fans, we were excited to check them out and begin playing with them! 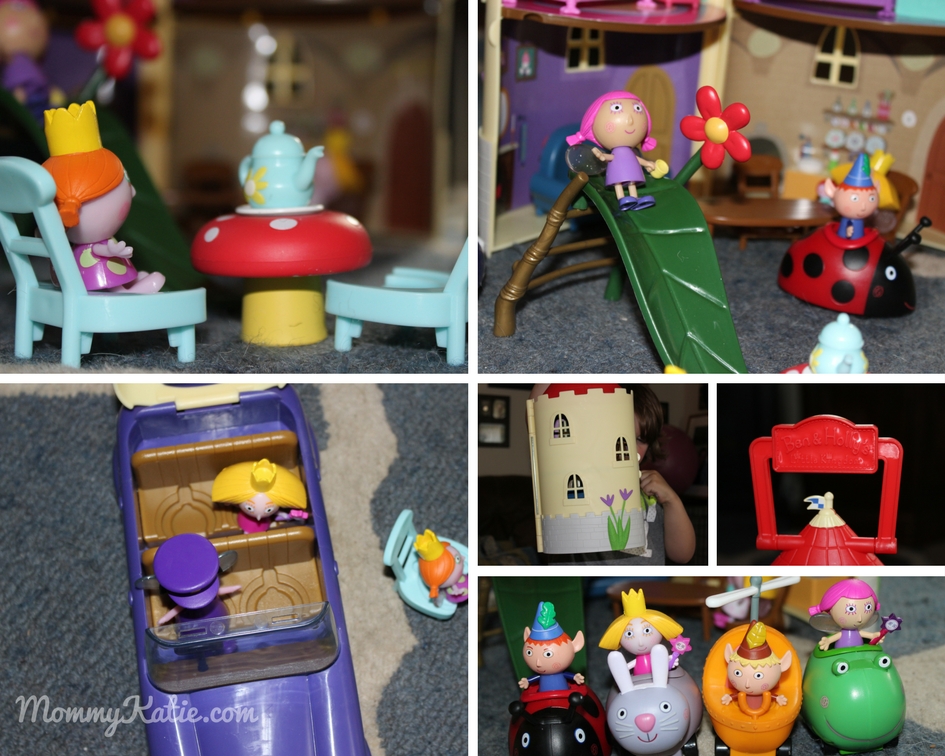 After looking over the selection we were sent, we set up the Little Castle with Holly, Daisy & Poppy. We found this fun portable castle to have all of the items needed for pretend play that my preschooler and his friends can play with. The set includes four rooms filled with furniture that Holly, Daisy and Poppy can use while they are in their magical castle. The castle folds up easily and allows my son to store all of the items from the castle inside, and when he wants to take his play to go with him he can carry his castle with him using the handle. As the characters take their play to head out on adventures with Nanny Plum, they can do so in the Royal Car with Nanny Plum and Holly. The characters fit easily into the seats, the doors and the top open and close and when the crown on the front of the car is pressed, it plays the music from the show! 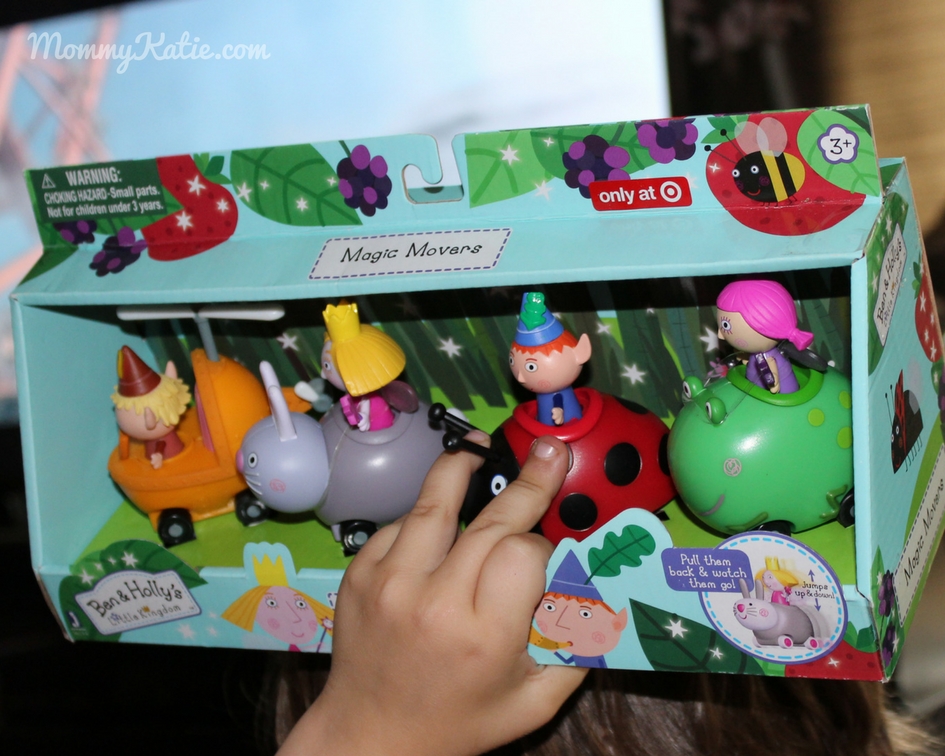 Then to go along with both the Royal Car and the Little Castle, we found that the characters can take on even more play as they engage little imaginations with the Fairy Tea Party and the Magic Movers 4 Pack! The Magic Movers 4 Pack includes 4 buggies with the characters, Holly, Ben, Barnaby, and Violet, and move up and down as the kids push the buggies along. And with the Fairy Tea Party set, you get Holly and Violet along with a slide, toadstool and items needed to make their tea parties a success! Making the magical toy line up from Ben & Holly’s Little Kingdom, a great collection that is the perfect addition to add to any Ben & Holly’s Little Kingdom fans collection of toys that are sure to engage little imaginations! You can find the toys from this collection at Target and online.


Product received, thank you to Jazwares as well as the PR for supplying me with a product for this review, all opinions are my own.