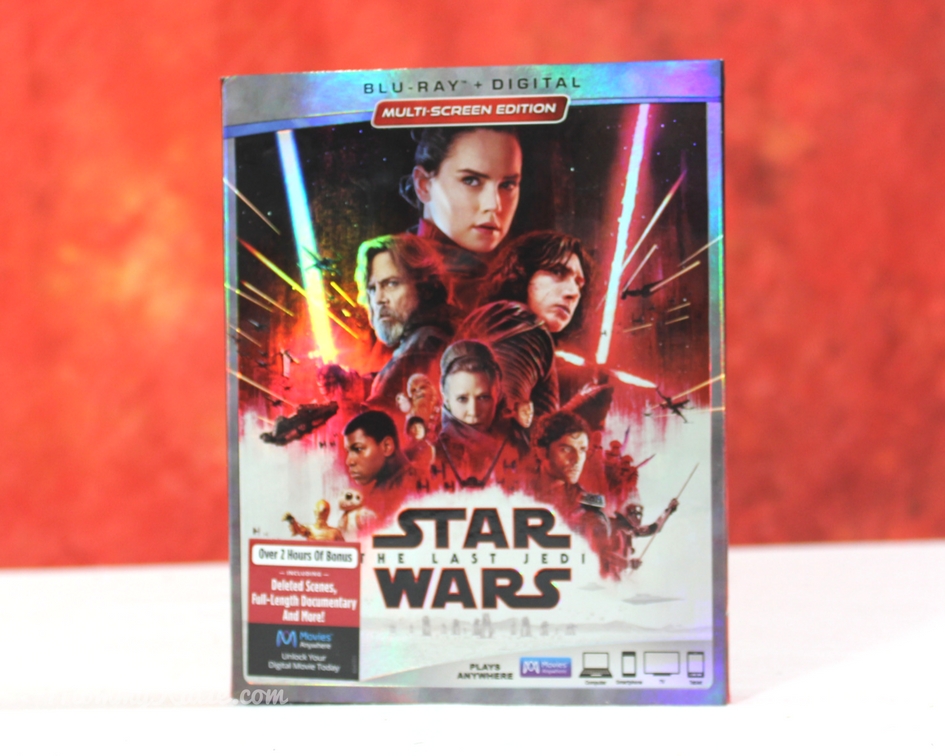 When it comes to family movie nights and seeking out those titles to share, we find that there are some that are just a given in our house. These include those series of movies that we all enjoy which of course includes the Star Wars movies. Like many who are Star Wars fans, we are ones who mark our calendars for the new movies to release in the theaters, where we can make it a family night out, and when the movies release to home movie, we are reserve our copies so we can get our copy once it is available. So when we were sent a review copy of the movie, Star Wars: The Last Jedi on Blu-Ray and Digital, which will be available on March 27th, we were very excited to add it to our family movie night line up!

In this movie, you get another amazing addition to the Star Wars saga, where the story continues, bringing some of the original characters back to the screen. And where Luke Skywalker not only brings about new revelations when it comes to the Force, but also reveals a past that he had hoped to never look back on. This past is one that shaped the path that Kylo Ren took on, where the truth behind events might have changed his ways. But where, regardless of what the truth reveals, pain comes to surface and fuels the darkness behind Kylo Ren. Along with Luke coming back into the story, we also get other originals who we remember from the first movies such as Princess Leia, Chewbacca, Yoda, R2-D2 and C-3PO. Giving us a story that fits right in with the series Star Wars fans everywhere have been following for many years.

Then when it comes to all of the extras that we were excited to watch on the Blu-Ray, we were pleased to see those behind the scene looks, which include the following:

Making the choice to add Star Wars: The Last Jedi, when it arrives on Blu-Ray March 27th, to your next family movie night, a choice that any Star Wars fan will approve of!

Product received, thank you to Walt Disney Studios as well as the PR for supplying me with a product for this review, all opinions are my own.