Have you ever had a time when you are in the middle of a hectic day, on the go from one thing to another, you come across something that makes you slow down and take notice. In the big-budget, visual effects-laden, mega-budget blockbuster summer movie season, a movie like Early Man is the equivalent of a moment of joyful zen. We will admit that the movie wasn’t much on our radar screen when it came out on the big screen in February this year. However, when we had a chance to review the movie on DVD, we thought it would make for a fun movie night with the kids and we weren’t disappointed.

If we were asked to define the movie in one word that would be ‘charming’ or perhaps ‘adorable’. There is just something to an old-school claymation movie, with its goofy-looking characters, that brings a smile to one’s face even before the movie really gets going. Though we can only imagine how much painstaking work must have gone in to create this stop-motion movie. We weren’t sure how the kids would enjoy the claymation experience, given that they have been used to slick animation features so far, but they thoroughly enjoyed it with lots of giggles and laughs along the way. 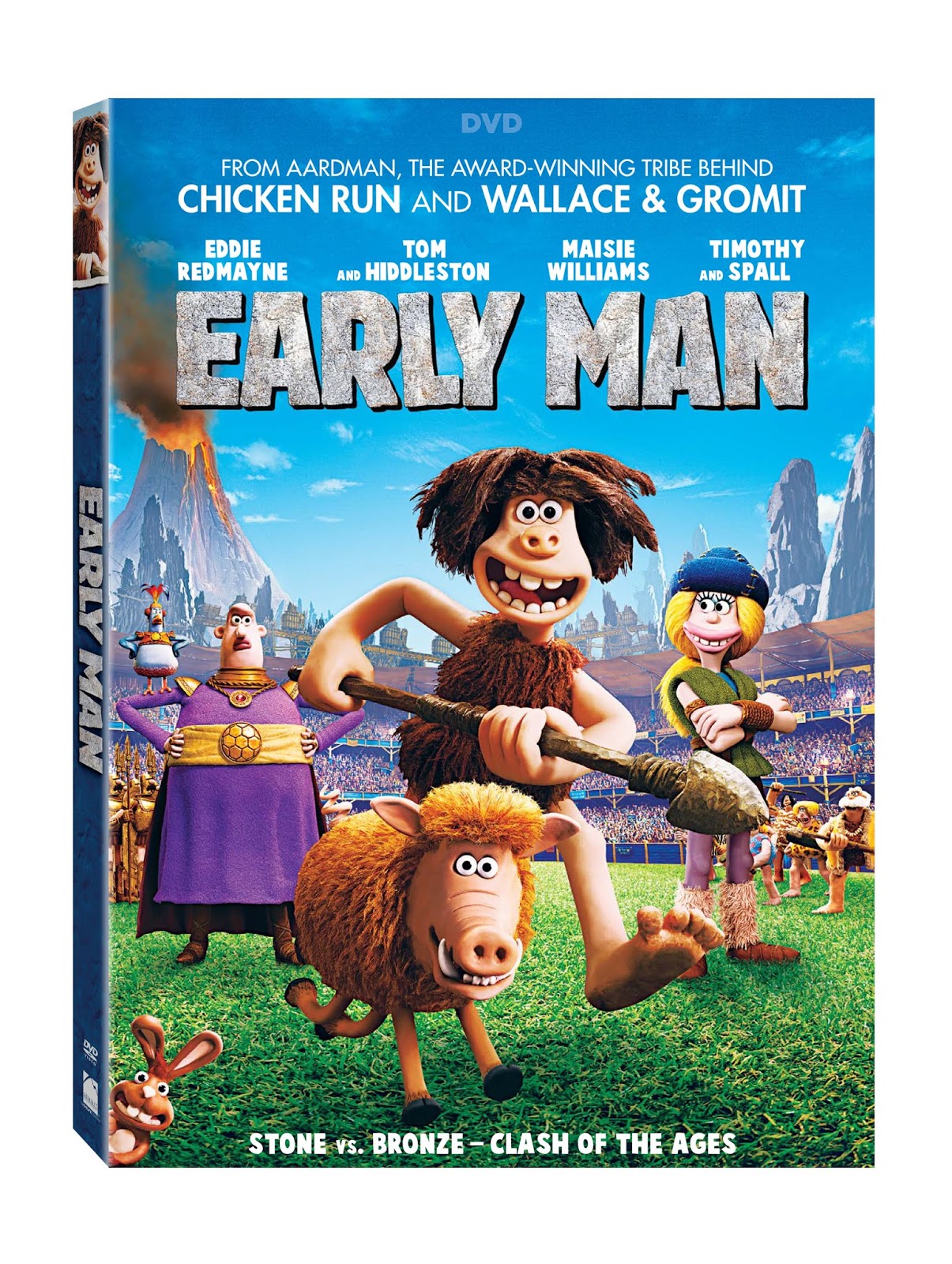 The movie is based on the story of an ‘early man’, Dug, who lives with his fellow cavemen (all with crisp British accents) in a lush forest, surrounded by desolate wasteland. As the stone age dwellers focus on the merits of hunting rabbits vs. mammoths, they are confronted by an invading force armored in bronze and led by a French-accented general. Why a French accent you ask? Best not to ask, there are many such unanswered questions throughout the movie. The accent is highly amusing though, and in that sense works well. So the stone age is defeated and banished by the bronze age, and our hero, Dug, has to find a way to get his land back. That way ends up being a game of football (soccer to us, football to the world), with the winner taking the land. No prizes for guessing who wins in the end, but the ups and downs of the journey along the way are fun to watch.

Some of the funniest characters turn out to be the animals: there is Hognob, the smart pig that acts more like a dog, a gigantic rampaging duck, and a hilarious messenger pigeon. There is an interesting nod to a message of anti-sexism along the way too, with the coach-in-the-form-of-a-savior for the stone age team being a girl. However, the movie ends up not taking itself, or most of its characters, very seriously and that was all right by us, and our kids. Go in expecting to be delighted and entertained and you will not be disappointed.

As is customary, the Blu-Ray/DVD version of the movie, coming out on May 22nd, has a few special features:

Product received, thank you to Lionsgate as well as the PR for supplying us with a product for this review, all opinions are our own.