If you’re thinking of bringing a new pet to your household or, even more, you’re considering choosing one for your kids, a chinchilla might not be the right decision. Compared to several other species, it is harder to take care of, and it has specific requirements that have to be completed in order for the animal to keep his or her health on par.

This article will point out some of these facts, all of which you need to take into account if you want to become a chinchilla parent.

What do they eat?

There are two kinds of chinchillas found in the world, and the classification is pretty logical, once you think about it. There are wild and domesticated animals. The wild ones feed on anything from fruit and seeds to small insects while the domesticated ones shouldn’t be fed a diet composed of nuts and seeds alone, as they can develop all sorts of medical conditions, mostly related to digestive disorders.

Chinchillas should receive a mix of hay regularly, as well as an extra of seedless fruit once in a while. One important thing to mention is that you should steer clear of vegetables and fruit that might cause gas buildup in the pet’s gut. 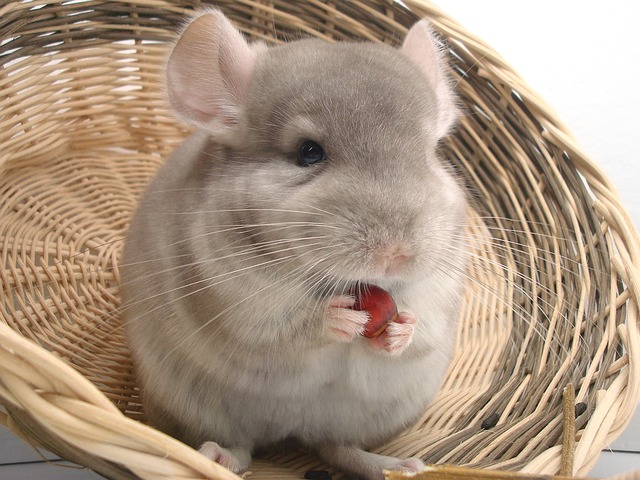 While gerbils are nocturnal, for example, chinchillas are crepuscular. What this means is that the moment in a day when such a pet is at its most active is at dusk and at dawn. If you are looking for a type of animal that you can interact with throughout the day, you might find that a chinchilla is not suitable.

The pet will remain unsociable during the day because it needs a lot of rest. However, you can interact with it early in the morning and late in the evening.

Because the chinchilla originates from South America, it’s pretty clear that this animal doesn’t need a living temperature of more than 80 degrees Fahrenheit. In case the temperature is higher, the animal might become the victim of a heat stroke, which is why you always have to ensure that the climate is on par.

Another thing to keep in mind when it comes to the pet’s habitat is that chinchillas need wide and tall spaces to feel at ease. It wouldn’t hurt if you added several toys and other entertainment items to the enclosure. In case you didn’t know, chinchillas can actually get bored. An entertaining cage will go a long way in providing the necessary activity and exercise for the animal.

Does a chinchilla make a good pet?

The bottom line is that this species is a bit more difficult to care for compared to others. They are also less sociable when compared to other pets. There have been few cases where the animal has become violent, so this can happen and it might not make the right choice for kids, especially.

On top of everything, these animals don’t really like interacting with humans, although they can be quite friendly. It takes too much time to gain their trust, at least based on some of the information we’ve found.