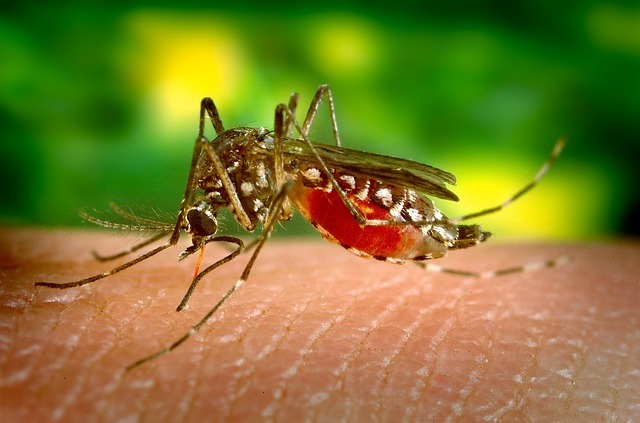 According to a recent survey, roughly 75% of Americans feel it’s important to spend time outside in their yards. And now that summer is nearly here, your family will probably be playing and relaxing outdoors quite a bit. But if you want your time to be tranquil and pleasant, you’ll need to protect yourself from pests. Mosquitoes bites, of course, can lead to incessant itching, but there’s also the threat of West Nile and other diseases to worry about. And while wearing protective clothing and dousing yourself in insect spray are recommended, there may be other ways to keep these creatures at bay. Here are just a few surprising preventative tips that you’ll want to add to your regimen this season.

Clean Out Your Gutters and Kiddie Pools

Standing water is notorious for attracting insects, including mosquitoes. While you may not have a pond in your backyard, your property maintenance could be making it more likely for your family to be bitten. Rain gutters, which were first invented in the early 20th century, can be a hotbed for mosquito activity. Make sure to have your gutters cleaned out a couple of times a year to remove leaves and debris. (As a bonus, this can prevent potential water damage to your home!) If you have a kiddie pool out back, you’ll want to be careful to drain the water regularly and ensure it doesn’t sit out to attract pests. Open trash receptacles, which can easily fill with water during a storm, and pet bowls should be covered, cleaned out, or brought inside to limit the likelihood of mosquitoes coming to breed.

To Keep the Mosquitoes Away Think Beyond DEET 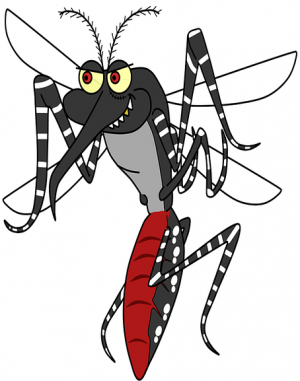 Insect repellants that contain DEET (short for N, N-diethyl-meta-toluamide) are typically seen as the standard. But this isn’t the only effective chemical for ensuring mosquitoes won’t bite. While DEET-containing products were found to be the most effective in one 2015 study, independent researchers maintain that repellants containing alternatives like picaridin or IR 3535 are just as or more effective. Not only are they recommended by the CDC, but one researcher interviewed by NPR noted that picaridin actually discourages mosquitoes from even landing on the repellant wearer. DEET products do have that characteristically strong smell, which may be a turnoff for some. DEET products are certainly good to have on-hand and are far better than many natural sprays or patches — but they aren’t the only ones that work. Researchers from New Mexico State University actually found that a product containing lemon eucalyptus oil was nearly as effective and as long-lasting as DEET products. However, it’s important to do your research and to reapply when necessary.

Since landscaping can increase a home’s resale value by 14%, it’s a no brainer that you’d like to sit out on your deck, porch, or patio and enjoy the view. But if you think you need a bug zapper to keep these insects away, you’re probably going to end up itchy and miserable. That’s because, according to experts, these devices actually attract mosquitoes. The American Mosquito Control Association reports that, while these insect electrocution devices can and do kill many bugs, studies have confirmed that mosquitoes make up a very small portion of the insects exterminated in this manner. Two University of Notre Dame studies found that less than 6.5% of the daily catch over the entire season were found to be mosquitoes. What’s more, there was essentially no difference between the number of mosquitoes found in yards with bug zappers as there were in yards without them. In most cases, the mosquitoes that actually bite will find you before they end up in the zapper. In other words, it’s not worth it to invest in these devices and to explore other options instead.

It might sound strange, but science shows that mosquitoes respond differently depending on the type of music that’s being played. According to a recent study, it was revealed that mosquitoes subjected to electronic music (specifically, a song by Skrillex) showed a decreased likelihood to bite and to mate, compared to those bugs that had not been exposed to this music. Since mosquitoes are known to use sound to communicate (and knowing how annoying many people find this type of music to be), the results may not be totally shocking. That said, the researchers failed to test any other types of music in the study — and at least one leading expert is skeptical about replacing repellant with a stereo system. You probably wouldn’t want to play house music or heavy metal at your family picnic, anyway. But if you’re already a fan of this artist or the genre, it probably couldn’t hurt (although it might annoy your neighbors).

Ultimately, the best ways to keep mosquitoes away are to wear repellant, keep doors and windows closed, and wear protective clothing when you’re outside. But keeping the rest of these tips in mind could simply add another level of protection — and ensure you don’t spend the rest of the night scratching or swatting.